Experience shows that, between theory and practice, there are always some differences and, as usual, Smith started having some difficulties. To respect the rules that he himself had defined, Mr. Quality developed a system that allowed him to manage all the aspect related to quality:

Unfortunately, some slight disagreement emerged among the production manager, the warehouse manager and whoever was involved with Mr. Quality. The operators used their informative system, which organized the entire company; on the other hand, Mr. Quality had his own program because the informative system could not manage the new rules.

For example, when the materials arrived, they must know which supplier brought them, because there were different quality rules based on the combination material/supplier (frequency for testing, control grid, cycle…). But only the informative system could know the name of the supplier. Moreover, if there were some non-compliances or different qualities, the system had to receive the information to manage the cancellations needed of the incoming materials, of the purchase orders already sent, of the components to be reloaded in the supplier warehouse, if they were on account for manufacture and so on.

However, Mr. Quality could not but intervene, since he managed the measuring instruments of testing rules, of control charts, of various certifications of the overall graphics, which attest quality tendency.

This situation showed up for each single testing phase:  intermediate incoming of materials, finished products, return of semi-finished…

Mr. Rossi would take under control product costs and, till then, he did not have any problem to determine them: the system calculated the cost of the material for each product (both the full cost and the cost on account for manufacture); then, work cycles showed him the period of time taken both by the operators and the machines, while the cost for the transformation was calculated by multiplying the period of time by the cost index of the company where the production took place. The final result was added to the high costs, giving Mr. Smith an overall and dynamic picture of the total costs.

But with the new system, the quality costs were missing, because cycles and testing times were managed by the quality system.

Moreover, the producers were complaining because of the amount of time required to finish the material testing in order to update the management system and proceed with enforcing the finished products. And, in case of new products or new components, the times required were even longer since it was necessary to update both the systems with the information they needed.
The company could not work in that way, so Mr. Smith called Mr. Quality asking him to reduce the flow due to the amount of complaints received; but Mr. Quality said that the rules were clear and it was not possible to make exceptions, otherwise they would have lost the certification of merit, which proved their equality to Smith.

Mr. Rossi, who was so dispirited, accepted his failure of finding an efficient solution to the problem, but he started right away to look for a new informative system, which could integrate all company’s management needs, included quality.

Today, Smith is a company that is able to conciliate the needs between Mr. Quality and his colleagues, managing quality and material traceability in an automatic and integrated manner.  Has Sorma had a hand in this? 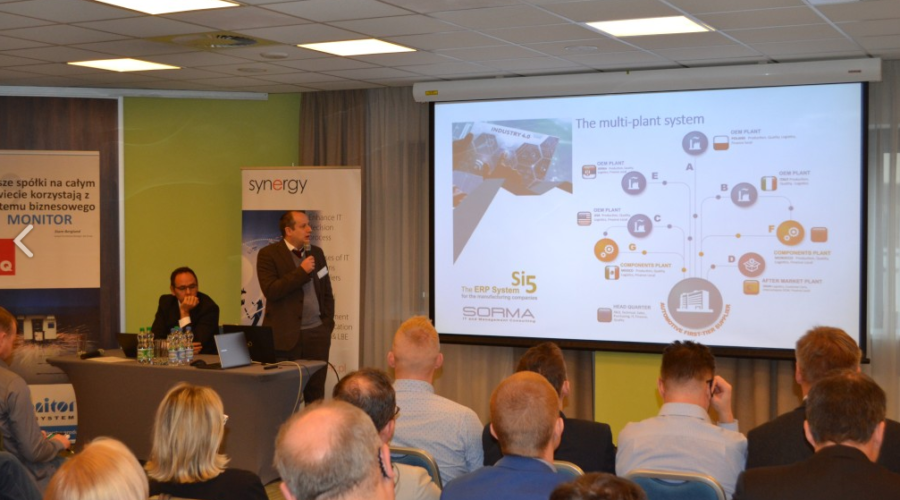